The first and greatest victory is to conquer yourself; to be conquered by yourself is of all things most shameful and vile.

The moment you say 'I know everything' is the end of your growth.

William B. Irvine - Professor of philosophy at Wright State University

Pay attention to your enemies, for they are the first to discover your mistakes.

A person's strength is to know their weaknesses.

Josh Waitzkin - American chess player, martial arts competitor, and author. As a child, he was recognized as a prodigy, and won the U.S. Junior Chess championship in 1993 and 1994. The film Searching for Bobby Fischer is based on his early life

One of the most critical strengths of a superior competitor in any discipline—whether we are speaking about sports, business negotiations, or even presidential debates—is the ability to dictate the tone of the battle.

Jonathan Kozol - American writer, progressive activist, and educator, best known for his books on public education in the United States

At at any point in time, knowing what has to get done, and when, creates a terrain for maneuvering. 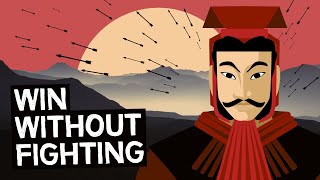